Spot the camels on your digital transformation roadmap

When the idea has legs, but you don't know how to use them

In the early 1850s, the U.S. government was looking for ways to move troops and supplies through the American Southwest. Their trusty pack mules were no match for the arid conditions of west Texas, New Mexico, and beyond.

The government thought so. And when the Army initiated a proof of concept with a small herd of camels and a few camel drivers imported from the Ottoman Empire, the hypothesis proved out. Where mules died of thirst, camels kept moving. Where the U.S. wanted to blaze a trail, the camels not only demonstrated endurance, but also survived rattlesnake bites with no ill effects. The project was such a success that the Camel Corps commander asked Congress for an additional 1,000 camels.

Instead, three years after the initial investment, the costly program disbanded, and the camels were auctioned off. Why did the Army take a loss on such a seemingly successful project? The answer seems simple in hindsight: very few American soldiers knew how to lead camel trains.

To escape that script, successful companies take a strategic approach, including change management, cross-training, and outsourcing in plans for any new technology tool or platform. After all, even the most exotic solutions are only as good as your ability to integrate, scale, and manage them for ongoing success.

If you’ve tossed some camels on your digital transformation roadmap, it might be a good idea to stress test your strategy before you bet the ranch. Whether you need to ask a quick question, talk through a specific roadblock, or get a major endeavor unstuck, we can help. Our team of digital, data, and technology experts can, metaphorically at least, help you lasso those camels (watch out, they spit) and deliver transformative results.

Get smart: You can read a fictionalized version of the true story of the Camel Corps in Teá Obreht’s novel Inland, which takes on cowboy legends from an unexpected point of view. 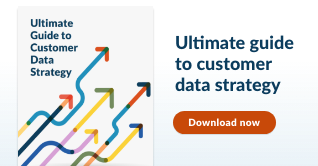